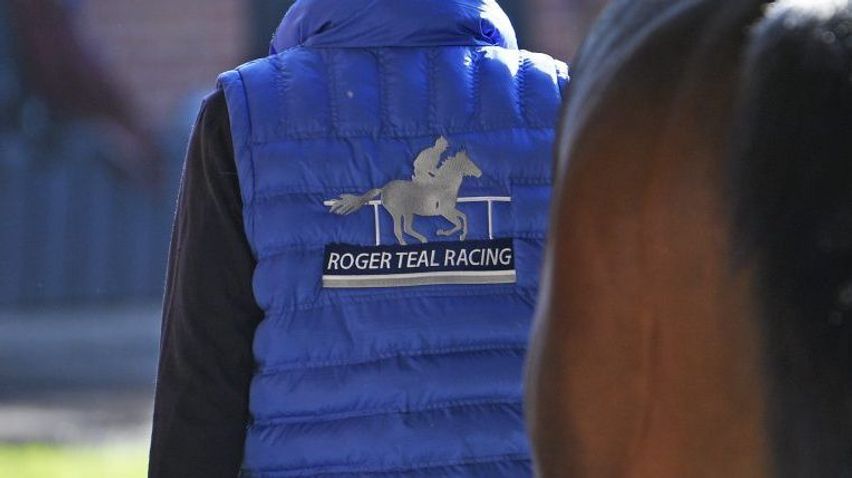 First and foremost I would like to thank all of my loyal owners for their continued support and all of my staff for their unstinting hard work and
dedication, this has sustained us at Windsor House throughout this time of prolonged uncertainty.
2021 has been an unbelievable year for us at Windsor House with 38 race wins, from old yard favourites such as Bear Force One to the new
kids on the block like Never in Fourth. There have also been 52 races where our horses have been placed.
As you know, while we consider all of our horses to be special, winners are particularly so and I would like to highlight a few from this year:
Spirit of May kicked the year off in early January at Chelmsford. The true warrior that he is, it was with sadness that we recently had to retire
him due to quite severe arthritis, after a nice break he will be rehomed to provide someone with as much pleasure as he gave to us at Windsor
House.
Lucky Louie, another old warrior who has been with us since he was a two-year-old old, went out in style, winning at Salisbury under Megan
Jordan, a month later Megan went on to give us our first ever winner at Goodwood on Gert Lush, breaking our track hoodoo – then, lo-and-
behold, we returned to the winners’ enclosure twice at Glorious Goodwood with Sisters in the Sky and Whenthedealinsdone.
The first day of Royal Ascot in mid-June was an incredible one for us, Oxted put up a spectacular performance to win the King’s Stand Stakes
in thrilling style under Cieren Fallon. The television cameras monitoring the reactions of Sue, Harry and myself throughout the race encapsulated
why we are all involved with this great sport.
Chipstead, Oxted’s younger full brother, put himself on the map by winning three in a row under Trevor Whelan, culminating in a very good performance giving lots of weight to his rivals to win the Summer Sprint Series final at Bath in mid-September.
Alcazan has also had a season to be proud of, showing her versatility by winning at three different all-weather tracks under William Carson.
Another great moment for me was seeing Kenzai Warrior return to the winners’ enclosure under Jack Mitchell in late September, almost two years after his previous success, a stunning late surge saw him get up by a nose – a fitting reward for his patient owners.
It was great to see Marions Boy complete a hat-trick of wins at Lingfield in mid-December, showing a blistering turn of foot in all of his races.
It was also great to see Silverscape and Dancing Reel, two promising two-year-olds, win on their debuts at Kempton recently.
Despite all of this success, it’s not all about the winners, another great performance was that of Ocean Wind, finishing a close 2nd to Stradivarius at Ascot in April. Grey Galleon ran in the Greys Race at
Newmarket in August, it was a great spectacle and I was very proud to see him finish 3rd. My Mate Ted ran a brave race first time out at Newbury to go down by a head, he looks to be one for the future.
Looking forward to 2022 we have been busy at the sales and have an exciting bunch of two-year-olds to go with the up-and-coming three-year-
olds and older horses. Chipstead is obviously on the upgrade, Dancing Reel and My Mate Ted look exciting and the unraced Whats In The Bag
really excites me.
Pressure appears to be mounting regarding prize-money levels, with many of the bigger owners showing their displeasure by scaling back
their investments. I have my fingers crossed for improved levels of prize money for owners but progress has been dented by the pandemic and
the consequent reduction in racecourse revenue.
We are fortunate in that the yard remains pretty full so we are weathering the pandemic quite well. However it has come to my attention that a few partnerships, all of them decent, are having to cope
with reduced membership levels, so if you know of anyone who is interested in joining such groups then just let me know and I will put you
in touch with those that are looking for new members.

The person who runs one such partnership recently got in touch with the following feedback, which was good to hear:
‘We have had horses with many stables, all of them excellent, but we feel that we have found a long-term home with you and your operation at
Windsor House. Two years ago when we moved our horse to your yard we were in the process of retiring him due to his poor form and apparent
disinterest in the game. It took very little time for you to assess what was wrong with him and to correct it through medical treatment, giving him frequent visits to the paddock with Basil and regular short breaks with Victoria Cartmel in the countryside. The difference in his demeanour is obvious and his love for the game has been well and truly rekindled. So much at Windsor House is aimed at horse and owner welfare, this makes the experience of racehorse ownership that much
more pleasurable. You, Sue and Harry are always approachable and provide regular updates on our horse and those others at the yard, you are also very hospitable – stable visits are always a delight. Thanks Roger, fingers crossed for our long-term involvement with you and everyone at Windsor House’.

Sue and I are currently in Devon with the dogs for the festive season to chill out before the madness starts once again in the new year, Christmas dinner was a joint effort (with lots of wine).
As I write, Alcazan has just gone in at Lingfield Park, this is the perfect footnote to the year for us at Windsor House, winning the final flat race
of 2021 under an enterprising ride by Laura Coughlan – well done to connections.

Once again I would like to thank everyone for all of your support in 2021 and wish you all a happy and prosperous 2022.

Roger was introduced to racing by his mother, when he was growing up she trained point to pointers then started to train under a permit licence. in 1984 aged just 16 Roger moved to John Jenkins in Horsham, When John moved to Epsom Roger went with him and rode as an amateur, then when John moved from Epsom to Royston Roger decided it wasn’t for him and joined Phillip Mitchell and continued to ride successfully as an amateur on the flat and jumps. Roger then became Phillips assistant trainer and travelled the world with stable star Running Stag who proved very successful in the states winning a number of group races. Roger was then given the opportunity to start training in his own right in 2007 and spent a further 9 seasons training in Epsom where he gained much success and a few of his own stable stars. the likes of Steele Tango who won the group 3 Darley stakes and also success over seas in Dubai gaining 2 wins, some other were Cochabamba, Surrey Star, and Tigers Tale of which won the London mile final in 2014. Towards the end of 2015 circumstances changed and Roger and wife Sue relocated to Great Shefford where in 2016 they enjoyed their best season numerically to date with 20 winners under both codes in a calendar year from an average of 16 horses and now a move to Windsor House stables in the heart of Lambourn brings a new chapter. Windsor house has all the top facilities including an equine swimming pool, horse-walker, trotting ring and ease of access to the first class gallops of Lambourn.

Sue didn’t start riding until she was 9 years old and progressed through show jumping and then eventing on leaving school at the age of 16 she began work for Epsom based trainer Phillip Mitchell, this is where she met Roger and they have been married since 1991 and have 2 boys Chris and Harry. Sue had a brief spell out of racing while bringing up the 2 boys but when Roger took on his new role as a trainer Sue dusted off her boots and went back to help. Sue looked after her pride and joy Steele Tango who was second in the Cambridgeshire, won the group 3 Darley stakes and also won 2 races over seas at the Dubai carnival. Sue does all our office work while being very hands on in the yard. 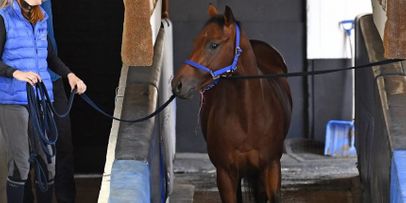